So first my explanation...I have been rather preoccupied of late. My poor cat Porthos had a stroke, having suffered from a heart problem for several months. After making thatv"awful decision" i needed to have a new companion so welcome to Rosie, a 3 to 4 year old who really needed a home. She a 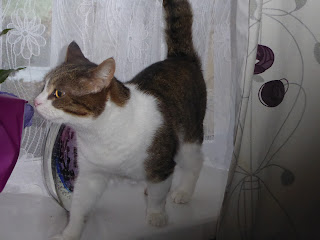 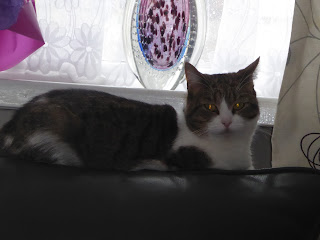 arrived on Wed so I only spent a short time at our Jacobs join. Come and visit. 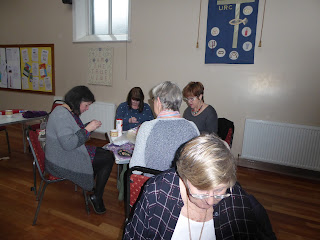 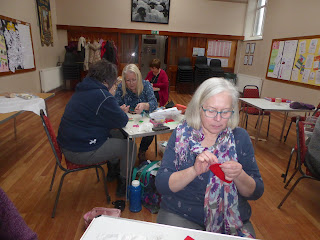 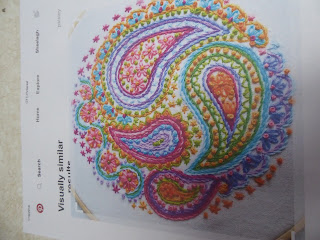 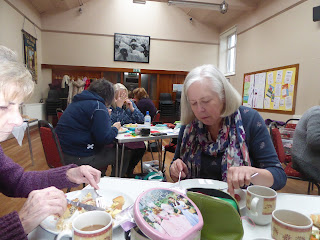 Our morning activity was to make felt paisleys.thank you Sandra Kendal for the idea. I completed two but they might be a bit large to use as brooches. We then had another excellent lunch after which I left as I learned that we were about to play beetle and i know that it gets quite competitive. Rosie was at home waiting for me so we had a "big play" instead.
Posted by B.E.G.Stitchers at 4:21 AM