It was an early start for me on Saturday as I was off to Harrogate. I believe that over the three or four days about a dozen of us travelled from Bolton. We arrived at a back door adjacent to the Embroiderers Guild area so I went there first. Quite a few trustees and our CEO were all in attendance. I do feel proud of our Guild at this time, lots of exhibitions, the longest emmbroidery , graduates and scholars. This year I especially wanted to see our display of 100 Hearts. Pauline and I had both contributed. 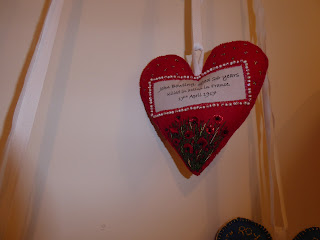 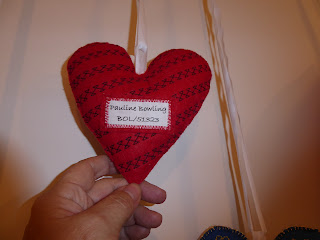 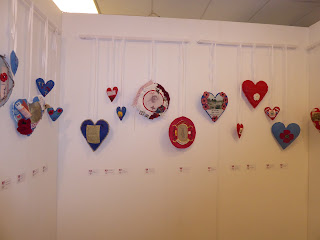 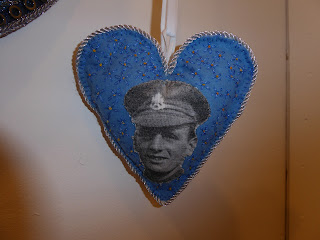 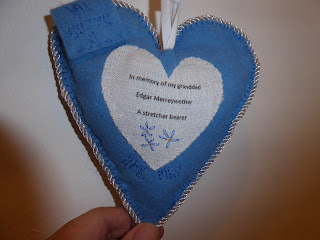 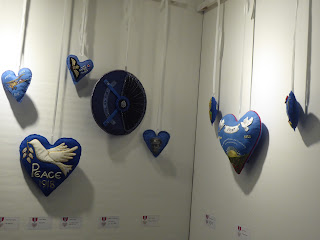 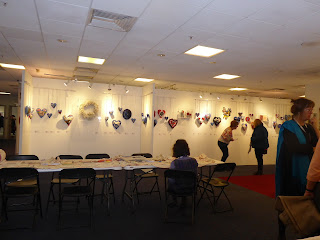 I did not count how many were on display but it was a considerable number. Above is another view of some of them.
I also photographed some of the entries for the Guild competition "Underfoot" but many have been seen in the Stitch magazine as well, 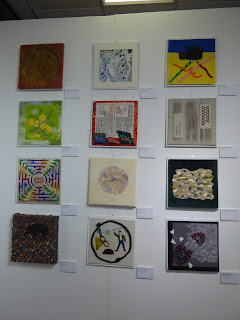 For once I didnt spend much money , mauch of my time catching up with "old friends"or studying the many exhibitions. I will share just a couple of photos. The first is a huge knitted piece , one of many by Dawn Hemming, called "Spiralling out, Lapland" 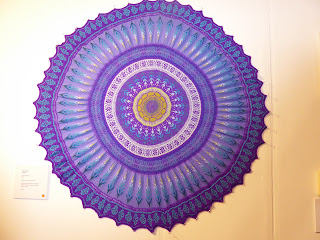 Finally a piece thay I dont think I will ever forget, based on Jenni Duttons mother and her transition through Dementia. SO POWERFUL. 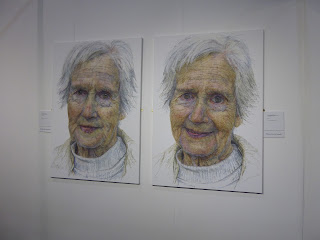