Yesterday was the newish Guild initiative of a National Day of stitch. About 1/2 the branches in the NWR were taking part this year. It was suggested that we could make leaves and literally make a path between Lands End and John o Groats. We will see!!!I joined members of Pendle this year at Townley Hall, Burnley. I had the wrong time, arriving early and so as it was a glorious morning, I sat in the gardens .stitching. I was approached by members of the public and did chat quite a lot. Pendle members arrived and we went in doors. Refreshments were provided for us as we set up a small exhibition and began our leaves. Foot fall was rather slow to begin with but we soon began to engage the public with conversation. They were interested and full of compliments about our work. 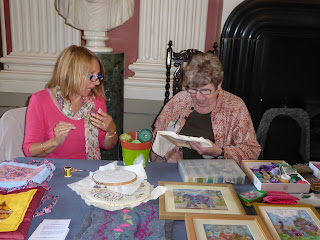 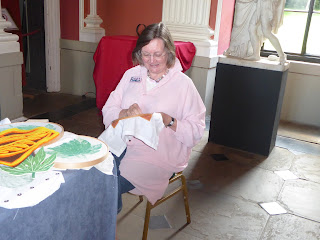 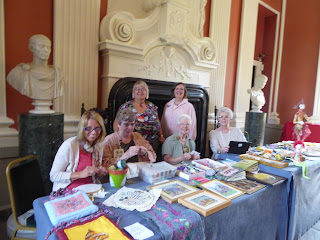 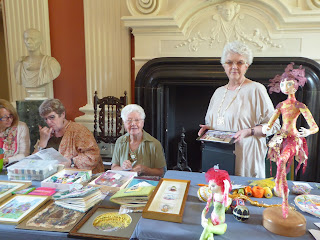 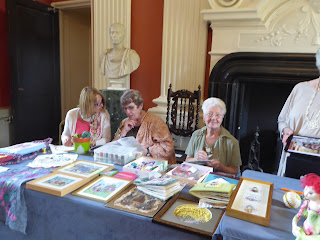 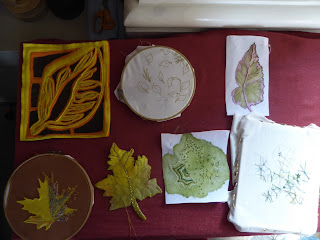 I enjoyed the opportunity to actually spend time and chat with my felloe stitchers. Thank you Sue for your organisation.