In over thirty years of attending Day Schools, I can say that this was one of the best, EVER!!!!
I had missed LIz when she came to speak to us a couple of years ago but had seen her work in magazines and then on line.It looked amazing.  I contacted Carole a couple of weeks ago to ask for our requirements list. her answer was that everything would be provided for a cost of £4.00. This is always a pleasing response but she gave a short list of bits that we could take if we really wanted. I took along some threads , found objects and jewellery tools but none were really necessary as ALL was provided. I think we were all a bit concerned, not sure of what we would attempt but Liz was very reassuring. She began by demonstrating a number of techniques and then we had a play. I was still not sure where we were going but we experimented. After lunch we heard that we were going to create our own picture and not just take home a group of samples. We had another demo and then began to assemble our own pieces. Again I was not sure how it would work, but Liz came round and gave encouraging comments. I did tease her and said that it was a bit like the pressure of The Sewing Bee but I was only joking. Twelve of us went on this journey today and by 3,30 twelve of us were happy to show our totally or almost finished pieces. I dont think that has ever happened before. All of these pieces were of a high standard, I am thrilled that we all achieved so much. I suggest you look up LIZ COOKSEY as soon as possible. If you are reading this from another guild then book her!!!! 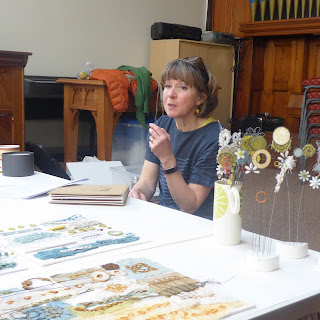 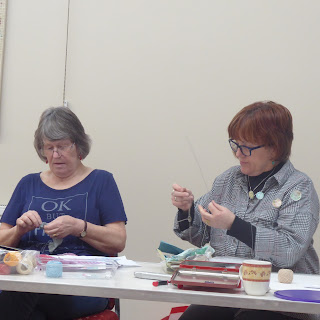 And then have a go 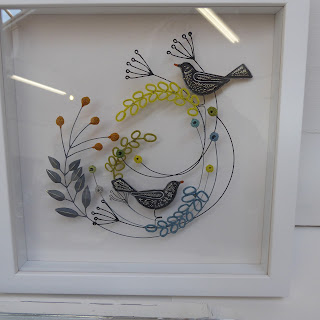 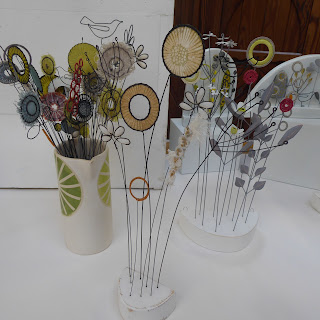 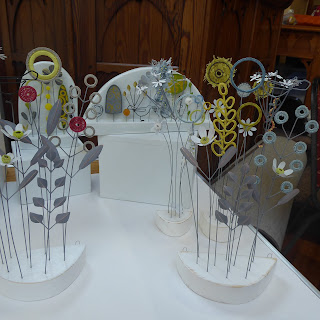 A few of her amazing pieces 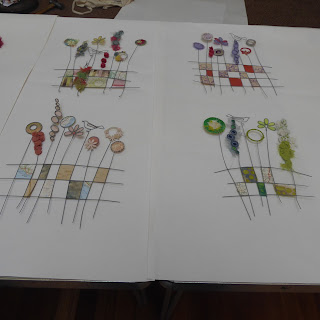 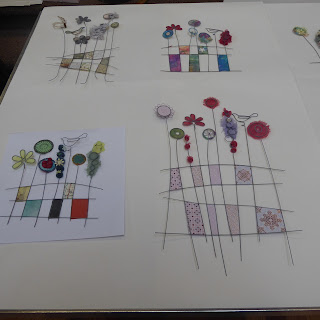 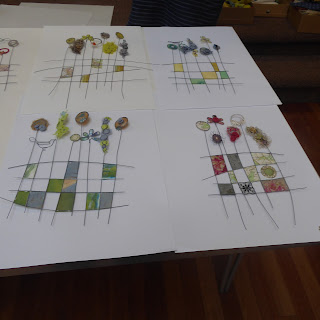 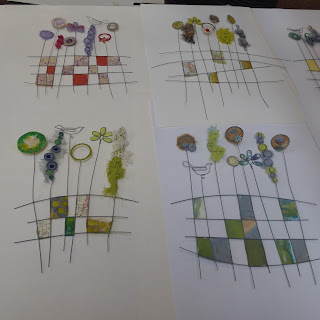 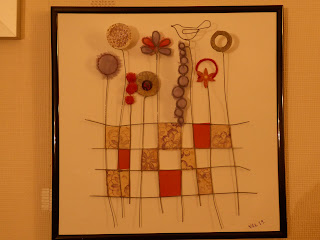 Mine is now on the wall, but I really dont know what has happened to the colout. I used purple and orange on a white background, Think its my evening light.