Ann has been busy.

The role of chairman gets bigger and bigger. Ann collected the postcards and then stitched them together. I believe that as a perfectionist she actually unpicked some and changed the order when postcards arrived rather later than expected. I think you will appreciate the time and well done to those who did actually submit their work. 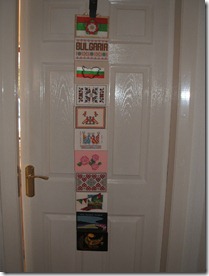 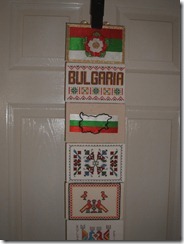 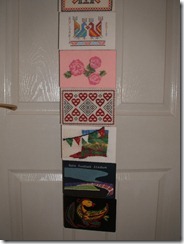 In addition to this Ann took home one of the two pink bags that we worked on at the Jacobs Feast and added the embellishments. We have two bags, one to be filled and given to the NW committee for the National AGM and a second…we need your ideas ……how do you think we can best use it? 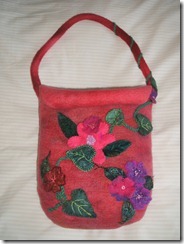 BIG REMINDER, THE NEXT MEETING ON FEB 21ST IS AT BANK TOP.