It was the last meeting of the year on Monday,and a tradition seems to have been created, when strawberries and cream are served. Prior to that ,Sue showed us bunting that she had made and explained how we could get involved.She had put together, fabric instructions and specific letters that made up Padiham and District Embroiderers Guild [our full name}There was discussion about colour and font but we decided on red upper case for all letters.Hopefully they will all be completed by our AGM in September. 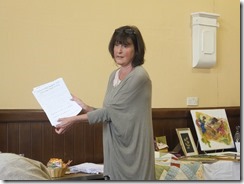 We then had to vote for our favourite piece in the annual competition. This year the title was Summer and any technique could be used. There was an impressive display…. 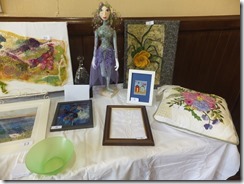 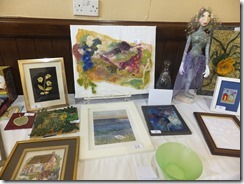 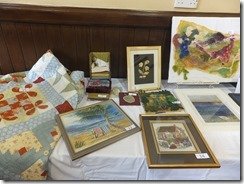 that was won by Carole,Nan presented her with the Trophy. 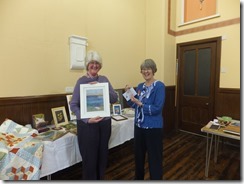 Finally, committee were busy so I was asked to organise a silent raffle because the committee had decided to sell off all the library books. Bids had been placed for some be a “heavy hand “ and threat that I would lock the door until all books were bought, and we were left with just a handful.Finally we all wish Joan, our secretary , all the best as she recovers from a very nasty operation.See you all in September,