A bit of a foggy start to the day but Vicki and I were happily chatting away when I realised that I had missed the M55 turning , so we did the scenic route via Lancaster, actually only about 5 mins longer.

Some committee had beaten me there and the room was sorted. The message that “Angie had had a breakdown” was disconcerting as we have several Angelas. Unfortunately as the morning went on, it was obvious that Angie was our trustee. She and Muriel had planned to travel down from Scotland but Angie had a headlight malfunction.She had e mailed after 7.00 to tell me but I had not opened my messages. 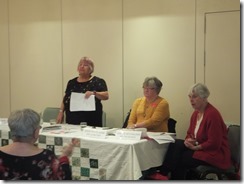 Sadly they both missed a really good day. We ran out of tables and wall space on which to display all the collaborative pieces that I had requested. It looked like a carnival. I know that many members approved of this exhibition and took inspiration from those pieces. 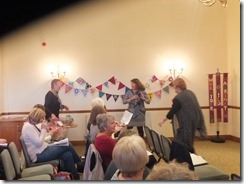 I opened the Travelling books today. There are 6 branches represented , so far and the work is simply beautiful. Thank you to those branches. If you have yet to start then have a good think as they will be work to inspire and treasure. I would like to complete them at the NWR Day in Bolton on 23rd April. 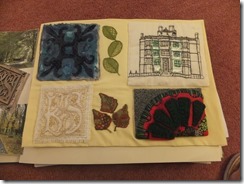 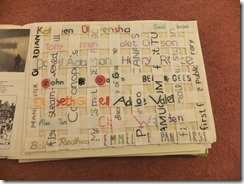 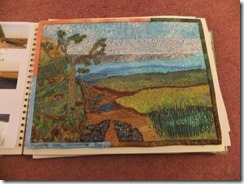 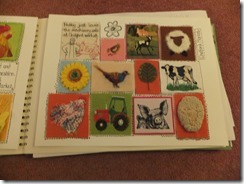 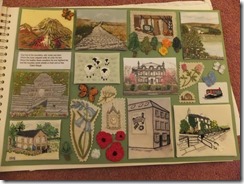 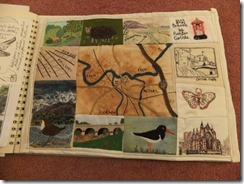 I will not say much about the business meeting as the minutes and reports will soon be available on the NWR Blog. I presented 5 badges for 25 years with our Guild to representatives as the members were not in attendance. Next presentation at NWR Day so let me know in advance.

I must mention that Judith won the Journal Cover competition and will receive a cup and prize. Again she was not present. 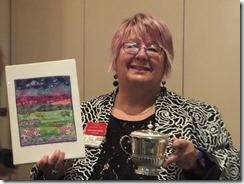 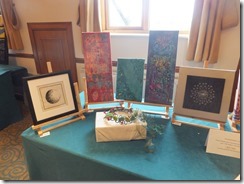 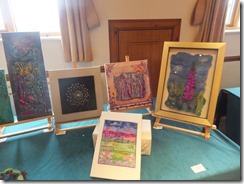 It seems like we were missing many people but the room was full. I received a few apologies but almost all branches were represented. Some left at lunchtime but the rest of us went down to a pleasant lunch. 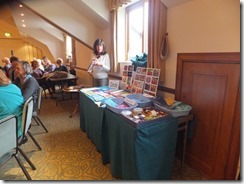 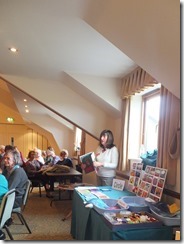 Sandra K from the NW committee had offered to organise the afternoon activity. It was a bit of a risk as we needed to pay extra for the room and had little idea how well supported it would be. Why should we have worried? The activity was well presented, kits sorted and everyone was busy.” 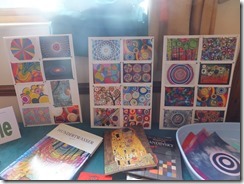 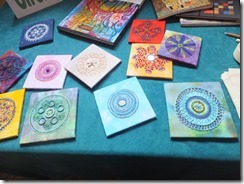 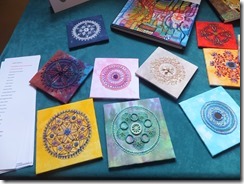 Circles”, Im sure they will soon appear on branch programmes.  At the end of the session, a display of work produced was seen by all 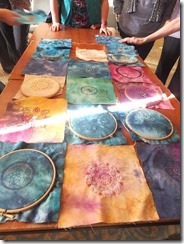 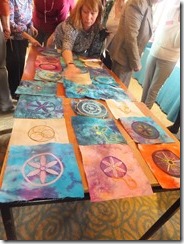 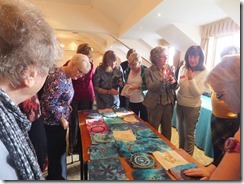 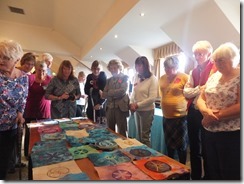 A suggestion that the finished pieces should be brought to NWR day was met with very positive vibes. So Bolton, we will need a couple of extra tables please.Thanks so much Sandra.

The next NRW AGM has been booked, same venue etc.Sandra has another idea so be prepared. We are expecting even more to stay.