K and S at Harrogate

I try to go to the K and S show at Harrogate each year but this year was extra special. Marian one of our members was invited to both Ally Pally and then Harrogate, to show some of her remarkable pieces. I was delighted that quite a few members of Bolton also thought it important to support Marian. I had seen pictures from Ally Pally and I know that i am prejudiced but I truly thought it was one of the best exhibitions...ever.  I spoke to members from HQ and encouraged them to come and meet Marian. This had lead on to a possible Contact magazine article and another in Embroidery. I even told Anthea that Marian could become more famous than she. Below a few photos but  do not do  her work true justice. 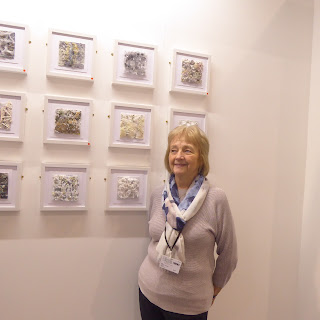 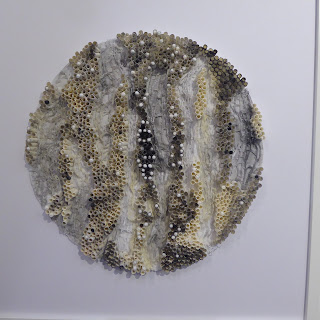 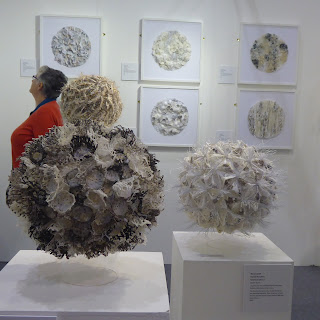 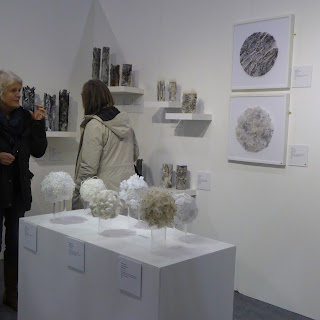 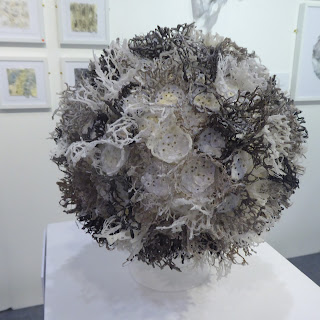 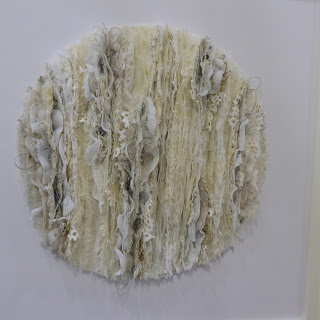 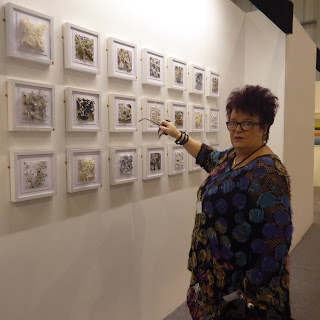 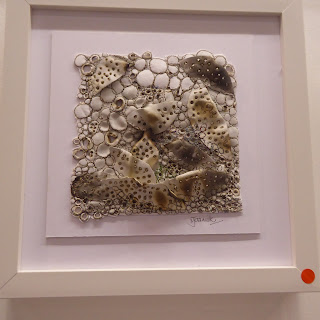 As a footnote, I was pleased to see that another member of Bolton, John had entered a competition again 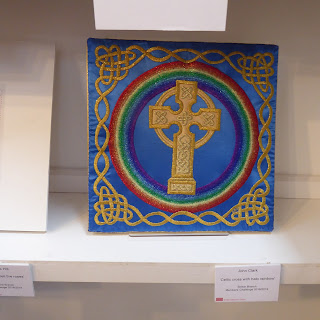 and Diane from Pendle who has spoken at Bolton was also exhibiting as part of her Lace group. 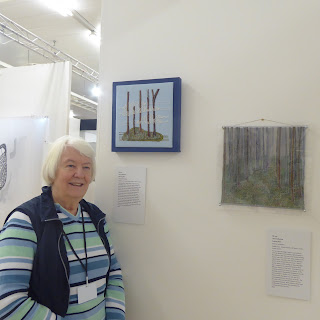 I AM SO PROUD TO BE A MEMBER OF THE NORTH WEST REGION OF EMBROIDERERS GUILD.
Posted by B.E.G.Stitchers at 9:52 AM