Joanne Frankel stepped in at the last minutes as our tutor was unable to attend. it was our gain as Joanne gave a very informative talk about her work and how it had been influenced by life changes. In addition, she was able to bring along a vast array of work and we had the bonus of being able to handle many pieces. Thank you Joanne. 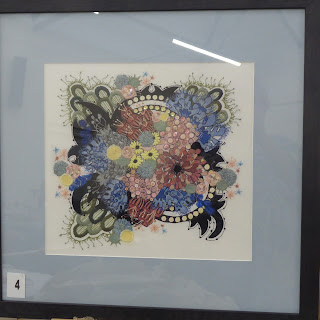 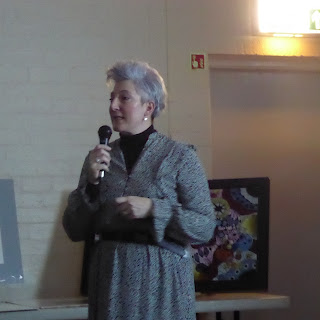 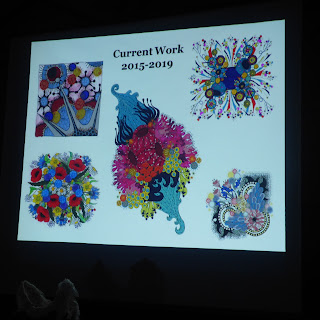 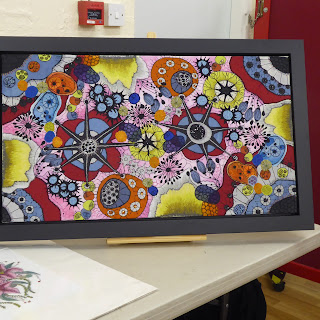 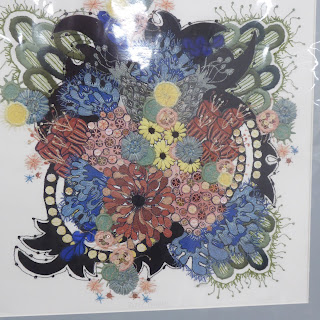 Phil also joined us for the evening and brought along another of his amazing pieces. This time it was based on a stitch that Liz had taught us about a year ago. 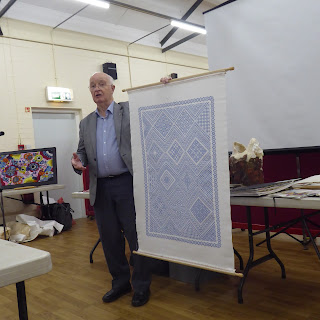 Finally Pauline persuaded me to pose for a photo, as I had brought along the piece awarded second prize  at the NWR Day, called Twist it Turn it 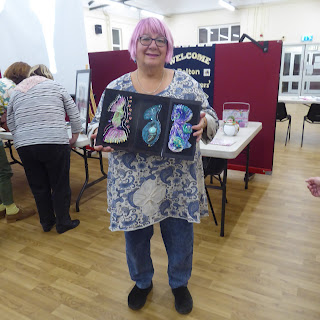