The sun was shining brightly and the predicted snow was nowhere around as I set off for Haigh Hall. Many of the Bolton members had already arrived and the competitions/exhibitions/raffle etc  were well in place. My role that day was more of an ambassador for our Guild. I chatted to many members but as always was frustrated that I couldn't speak to more members and/or for longer. I felt the genuine warmth and companionship amongst our North West region. During the roll call , it became apparent that the almost 200 members present represented all branches except I of M and Dublin{perfectly reasonable}
We began with the formal business meeting, Clare introducing the day, platform party and housekeeping. I then gave a NWR report and then Liz Smith one of the new trustees read the very positive and forward looking trustee report. 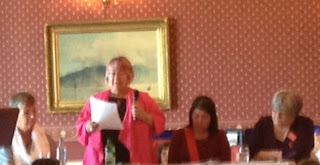 These reports are available on the NWR blog.We then had lots of time to vote for the Rose bowl ,watch demos, buy raffle tickets, look at exhibitions and spend money in the varied stalls. Lunch was over two sittings and then we returned for the lecture. 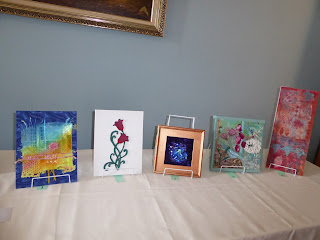 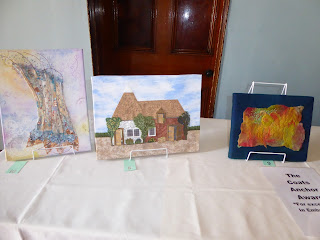 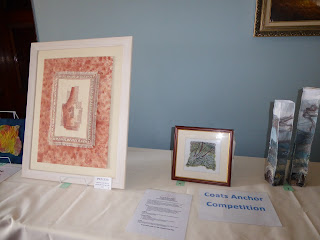 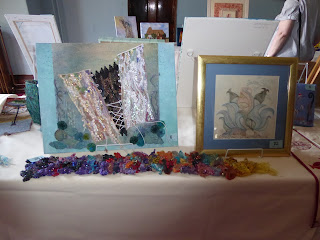 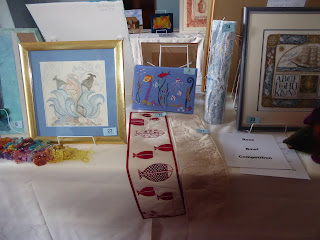 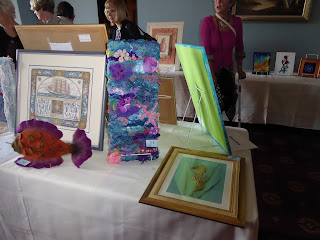 A few of the many Rose Bowl entries 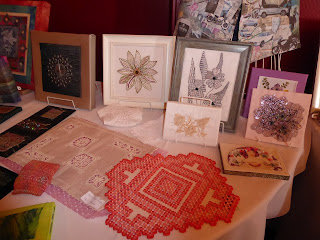 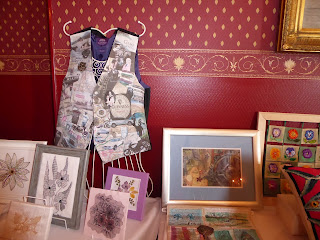 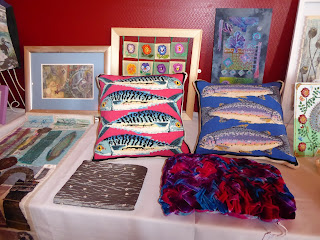 Some of the huge Bolton members display 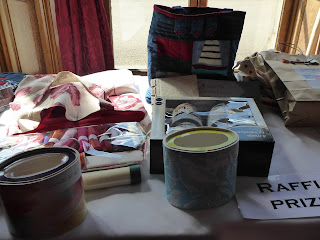 An idea of the raffle. 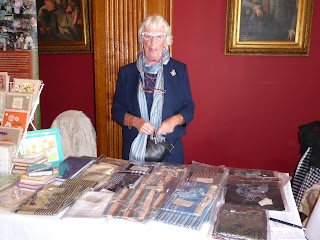 Our very good friend, Ruby.
So we re took out seats , eagerly anticipating the lecture by Julia Triston. I was very happy as she had taken inspiration from many of the places that I have visited. I wish that I could translate my images into amazing embroideries. It was as expected a fascinating talk and she let it slip that she was no 4 on the famous London platforms. 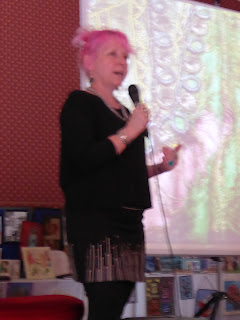 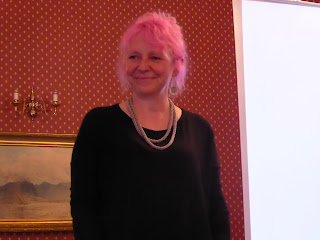 Barbara was charged with giving the vote of thanks. 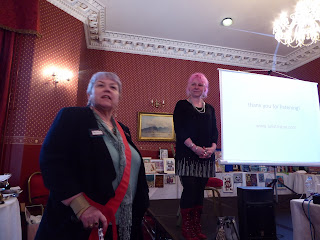 We then came to the award of prizes. The RoseBowl," Under the sea" is voted for by the members. members from Rochdale, Barbara Baukham and P, Blincoe came 2nd and third and Sandra Kendall from North Lonsdale won {again!!!} with another of her very popular huge pieces.  I asked Sue as our new vice chair to oversee the presentations,assisted by Liz and Julia. 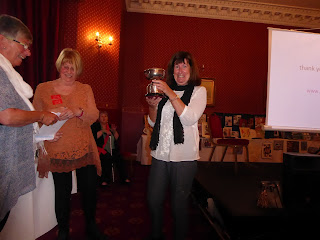 Only Wirral EG was able to send work for the Kathleen Mansfield and Coats Anchor competitions. One of their members received the awards on behalf of the youngsters. 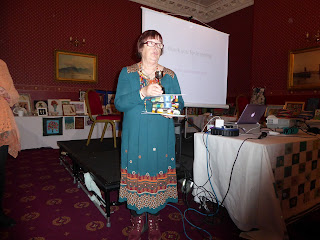 Gabrielle Beech was the overall winner. The final  Coats Anchor awards had been chosen by both Julia and Liz. Julia said a few words explaining their reasons and Liz presented the wonderful gifts......all three to Bolton members. 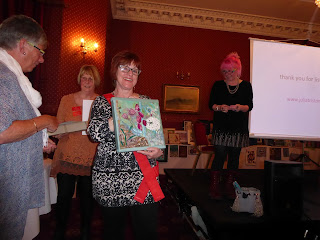 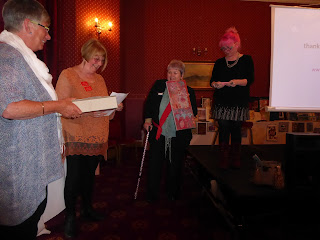 Barbara was second
and Marion came first. sadly she could not attend on the day and so I presented her gift and photographed her, the following morning. 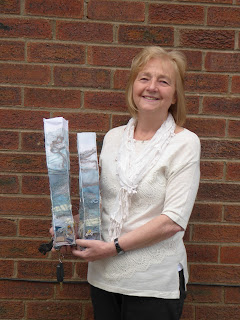 The afternoon was complete. I must mention that a member who had taken ill was soon discharged from hospital and improving at home. We wished our members a safe journey home and look forward to meeting up again in Lancaster , next year 22 April. Put the date in your diaries now!!!
I am hoping to do two more things with this report, add the comments from Julia and Liz and then create an additional photo album with all my pictures and then hopefully , the official photos once I receive them. Watch this space....

I hope Marion is pleased to receive the first prize.

The second prize notes were as follows:

And for the third prize: